You should feel sorry for anyone who says they've worn the 'Kakapo Ejaculation Helmet' as used by Sirocco the Parrot.

So like this must be the oddest thing Wellington's Te Papa Museum has on display: 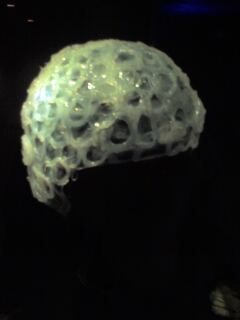 So the Kakapo is an endangered NZ parrot. There are like only about 100 of the cute birds about.

These green parrots obviously need to breed to survive but they aint got the message about their forth coming extinction. So concerned Kiwis have set up a breeding programme to help them out.

These people discovered that male kakapo have a tendency to engage people's heads in a sexual mating fashion. It must be some kind of fetish. They don't want do do it with their own kind, but if they see a flap of human hair, they get all frisky.

In an effort to collect Kakapo sperm for the breeding programme, some wiseguy invented 'The Ejaculation Helmet'.
I kid you not, that's what it is called.

The Ejaculation Helmet is supposed to be worn by some poor sap at which time they then let the Kakapo have his wicked way on their head. 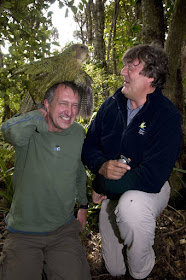 A parrot called Sirocco infamously mated with a Zooligist's head in front of comic legend Stephen Fry which demonstrated why the idea of the helmet kinda makes sense.

Fry said at the time of the shag: "Sorry, but this is one of the funniest things I have ever seen. You are being shagged by a rare parrot."
Please Mr Fry, play Professor Pennyroyal in a Mortal Engines sequel!

The above picture is from the Te Papa Museum. The accompanying caption said that the helmet was not successful.

So some guy once got fucked on the head by a parrot called Sirocco for nothing. 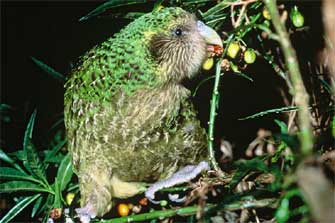